Why ninjas should train with fire during a summer staycation

As the longest days approach, I start to think of the fire element, meaning the giant ball of fire in the sky...the sun. I used to work in the arctic in a national park in Alaska where the sun wouldn't set for several weeks. It was hard to sleep. As I write this I am residing in the northeast corner of the U.S. and am grateful for some darkness (and sleep) as the days grow long.

With the approaching summer, up until this year, the routine has been to plan for summer adventures, which usually meant some form of camping. As the covid spread continues, how to accomplish this summer has become a bit more complicated. We opted recently for the backyard camping adventure, including cooking food over the fire.

As the "staycation" continues, I look for the opportunities to connect to the natural landscapes right out my back door. With fire on the mind, my thoughts go to practicing fire by friction, and in particular, bow drill fire making.

I first learned to make fire in Hawaii. I had gone to a wilderness survival class in New Jersey where they taught us how to make fire by friction. On my way out the door to catch my plane back to the forests of Hawaii, I asked, "do you know what woods I would use back in Hawaii to make a bow drill kit?"

"Nope. Just do the fingernail test I guess," they said.

Don't worry. I explain it in the video link below.

So I did a lot of fingernail testing as I roamed the forest of Mauna Loa while working as an endangered species bird biologist. I eventually found a type of wood that passed the test, and soon was making fire. I later figured out that the tree I chose was a local Hawaiian Hibiscus. To my surprise, and actually not surprise, I would later learn that this species was the same tree that the ancient Hawaiians used to may fire by doing fire plows (that's another story that I'll save for later).

Learning to make fire by friction changed my life, in a really good way. I never looked at the forest the same way. My current bow drill fire kit is made of Basswood (Tilia americana), which not only makes one of the best fire kits I've ever tried, but also has edible leaves, is great for wood carving, and can be used to make cordage.

There is something ancient or call it magical about making fire by friction. Every time I do it in a public setting, people are somehow drawn like a magnet. Jaws drop, they don't believe what they are seeing, people really want to try it, and are so excited when the tinder bundle bursts into flame.

It's a great family connecting tool too. You can use 3-4 people together to make the bow drill work. We also pull ours out when we want to create space for an intentional fire, be it for remembrance (we started my father's 4 day memorial fire with one when he passed), celebration (we used one as part of our wedding ceremony believe it or not), holidays (my wife lit Hanukkah candles every night one year with her kit), and, and, and...you get the idea.

It's really fun to go gather a kit as a family, then make fire by friction as a family. Just try it. I dare you to prove me wrong.

Oh, did I say, it takes a bit of skill to get a coal after you make a kit? It took me a week to get a coal when I made my first kit. It was really fun though "failing". Good luck!


Keep training!
Ken
at June 01, 2020
Email ThisBlogThis!Share to TwitterShare to FacebookShare to Pinterest 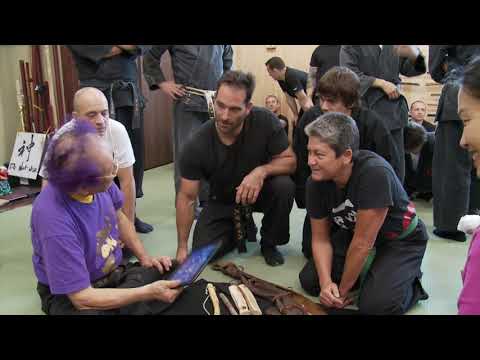